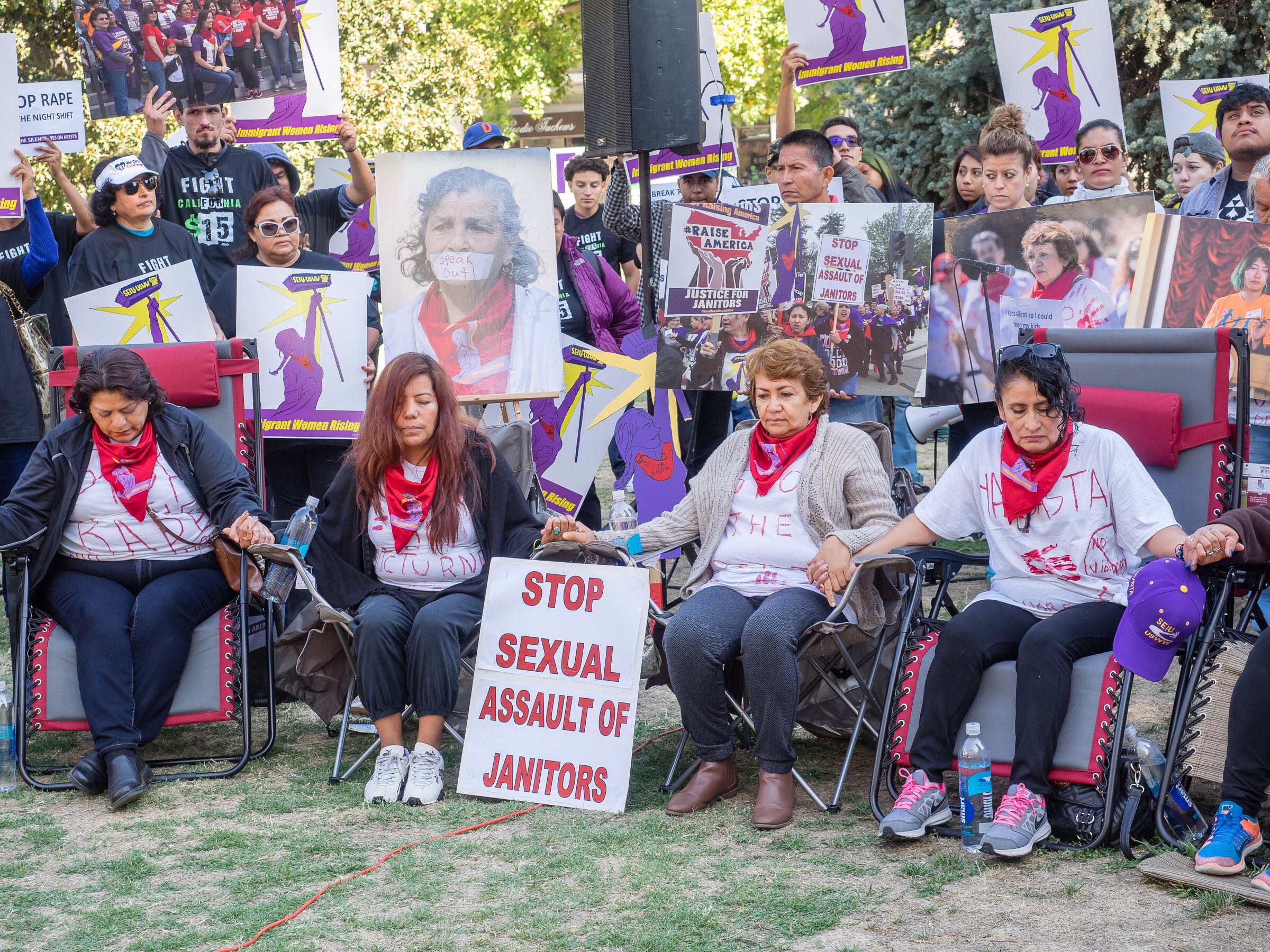 In 2015, the Frontline documentary Rape on the Night Shift exposed the widespread vulnerability of women janitors to sexual assault and rape on the job. As an organization that represents janitors, we at Service Employees International Union-United Service Workers West (SEIU-USWW) had to ask ourselves where these cases were, and why weren’t women coming forward to report to them to the union? Our janitor leaders, many of whom were survivors of rape and assault, developed a plan to screen the documentary with union members across the state to open up a dialogue. What they found was that many of the survivors of rape and sexual assault faced significant barriers when trying to report these crimes. These janitor leaders realized that they were in a unique position to change the industry because they understood the particular issues that janitors were facing. They called themselves Promotoras and said “ya basta” to rape on the night shift.

Women in the janitorial industry are particularly vulnerable to experiencing sexual violence on the job because they work in isolation, may have uncertain immigration status, have language barriers, as well as other risk factors. After considerable research and reflection, the Promotoras decided that they needed an approach that dealt specifically with the power dynamics and culture of the janitorial industry. The idea was to change behavior at the workplace. The training would help janitors and supervisors identify and stop harassment, assault, and rape and deal with barriers to reporting crimes when they did occur.

The Promotoras worked with legislators to pass a law that mandates in-person training for all employees in the janitorial industry every two years in California. The current state requirements provide that a peer-to-peer model is an acceptable form of training. However, they are working to pass current legislation that would mandate that the training be conducted through a peer-to-peer model.

This year, the Promotoras will be opening the Ya Basta Center to have a dedicated space to train janitors on how to conduct these peer-to-peer trainings. They continue to push the State and employers to move quickly to implement this training because there are over 200,000 janitors that currently work in California who desperately need training and education.