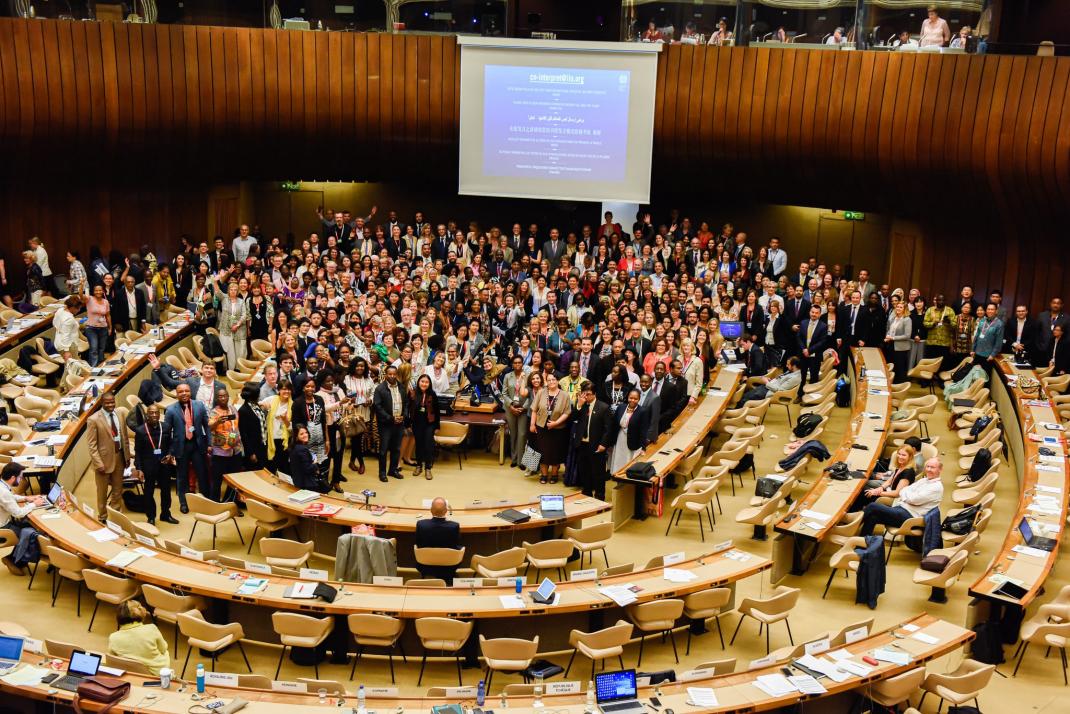 The adoption of a ground-breaking global treaty on June 21, 2019 by the International Labour Organization (ILO) will improve protections for workers facing violence and harassment, Human Rights Watch said today.

ILO member governments, worker representatives, and employers’ organizations spent two years negotiating the text and voted overwhelmingly to adopt the ILO Convention on Violence and Harassment, and an accompanying non-binding recommendation that provides guidance on the convention’s obligations.

“Governments, workers, and employers have made history by adopting a treaty that sets standards for ending the scourge of violence and harassment in the world of work,” said Rothna Begum, senior women’s rights researcher at Human Rights Watch. “The women who bravely spoke up about their #MeToo abuses at work have made themselves heard at this negotiation, and their voices are reflected in these important new protections.”

Governments that ratify the treaty will be required to develop national laws prohibiting workplace violence and to take preventive measures, such as information campaigns and requiring companies to have workplace policies on violence. The treaty also obligates governments to monitor the issue and provide access to remedies through complaint mechanisms, witness protection measures, and victim services, and to provide measures to protect victims and whistleblowers from retaliation.

The treaty covers workers, trainees, workers whose employment has been terminated, job seekers, and others, and applies to both formal and informal sectors. It also accounts for violence and harassment involving third parties, such as clients, customers, or service providers.

Previously there was no international standard specifically addressing violence and harassment in the world of work. The World Bank’s “Women, Business and the Law 2018” report found that 59 out of the 189 countries studied had no specific legal provisions covering sexual harassment in employment.

The ILO has found many gaps in legal protections relating to violence and harassment in the workplace. These include a lack of coherent laws, a lack of coverage in laws and policies for workers most exposed to violence, and an overly narrow definition of “workplace” in existing laws and regulations.

The treaty recognizes that violence and harassment go beyond just the physical workplace.

“Many workers face violence not only in the four walls of an office or factory, but on their commutes to work, at social events, or while dealing with customers or other third parties,” Begum said.

The convention also recognizes that vulnerable groups may be disproportionately affected by violence and harassment at work, and calls for states to ensure the right to equality and non-discrimination in employment and occupation.

States will also be required to identify high-risk sectors or occupations and take measures to effectively protect those workers.

The convention also sets out standards for how governments should mitigate the effects of domestic violence in the world of work, including by having flexible working arrangements and leave for domestic violence survivors.

Governments from many regions played a leading role in advocating for stronger protections, including Uganda and Namibia, which led the African Group of states, the European Union group led by France, as well as Canada, New Zealand, Philippines, and many Latin American and Caribbean states.

Out of 476 votes, 439 voted for, seven voted against, and 30 abstained. The United States reversed its decision from last year and chose to vote in favour of the convention.

The convention will enter into force one year after at least two states have ratified it.

“The #MeToo movement showed us just how pervasive violence and harassment is in many workplaces, but now we have a treaty that spells the beginning of the end to such cruelty,” said Begum. “Governments should now ratify this treaty and seek to make a safe world of work a reality.”