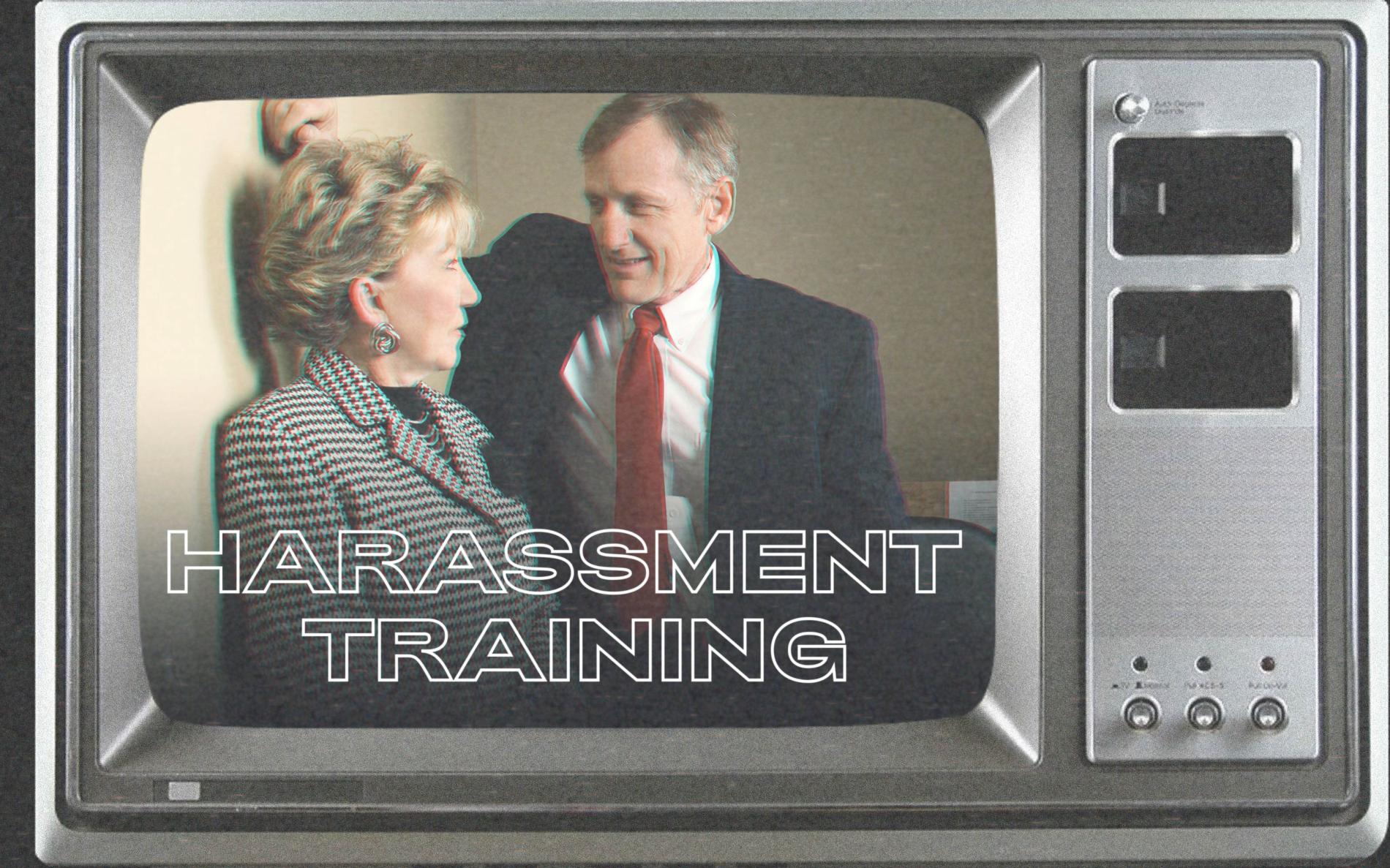 In 1978, 23-year old Michelle Vinson sued her employer after getting fired from her job as a bank teller. The lawsuit charged that the bank’s Vice President created a hostile working environment by sexually harassing Vinson for years. In a unanimous 1986 decision, the Supreme Court sided with Vinson, ruling that sexual harassment constitued a form of sex discrimination that violated her civil rights.

That was more than 40 years ago. And yet—after Vinson, after Anita Hill, and even after Harvey Weinstein—sexual harassment remains pervasive. A 2018 report from the Center for Talent Innovation (CTI) found that more than one in three women in white-collar jobs have been victims of sexual harassment. And yet, company-sponsored programs that attempt to address harassment remain stuck in the past.

“Let’s just say that sexual harassment became illegal in the mid 1980s and the numbers haven’t changed,” said Fran Sepler, a prominent consultant known for her work on workplace misconduct. “The very same efforts and strategies that we are using now were invented back then, and nobody is saying, ‘Why don’t we take a new look at this?’”

The revelations of the Me Too movement prompted a national reckoning about the myriad ways that women are mistreated in the workplace. And though many people agree the movement was an important step in acknowledging the severity and pervasiveness of harassment, it hasn’t yet resulted in concrete ways to mitigate the behavior. It doesn’t matter if more companies adopt sexual harassment training or embrace it more emphatically if the training itself doesn’t do much.

However, according to Sepler, most sexual harassment training programs and policies just don’t work.

They center on compliance and legal issues, such as what the law says and how to file a complaint, which are more geared towards reducing liability than creating a safer working environment. If someone is a harasser, knowing the definition of harassment or the company policy on harassment likely won’t prevent them from doing so. In fact, there’s evidence to suggest that sexual harassment training can make the attitudes men hold around harassment worse by amplifying pre-existing gender biases.
“We have no evidence that traditional sexual harassment training or compliance training does anything at all, but despite the fact that we don’t think it works, state legislators and corporations are creating policies that mandate it,” Sepler said. “That’s like mandating that you eat a strawberry every day so that sexual harassment will stop— there’s no evidence it will make one ounce of difference.”

Training isn’t the only place most sexual harassment programs fall short. Lilia Cortina, a professor of psychology, women’s studies, & management at the University of Michigan, has found that many organizations flounder in how they handle complaints. Cortina’s research reveals that companies’ formal grievance systems fail for four reasons: they are rarely used; people who file complaints regularly face retaliation; retaliation has negative long-term career and health consequences; and formal complaints rarely lead to the removal of the harasser. Filing a complaint can do more harm than good, if it does anything at all.

Given that current efforts to address workplace sexual harassment are clearly not working, what does an effective program look like? Cortina said the starting point has to be a commitment from leadership to meaningful cultural change, rather than checking a box or looking for a quick fix.

Harassment training isn’t pointless per se, but to be effective, it needs resources behind it. Research shows the most effective trainings are at least four hours long and happen in-person (as opposed to online) and in small groups. They are interactive, ongoing throughout the year, and customized to particular industries or departments—the issues in restaurants are not the same as those in media companies or finance.

Sexual harassment training can also involve multiple approaches that incorporate nuance and get beyond legalese. Bystander intervention training, for example, has had a positive impact on college campuses and in the military because it teaches coworkers how and when to intervene when they witness harassment. Another approach is “civility training,” which aims to promote respect and dignity in the workplace. Sepler said civility training can help create a sense of psychological safety, in which people feel comfortable speaking up for themselves and for each other, and trust there will be accountability when wrongdoing occurs.
“Several things have been proven to increase psychological safety,” Sepler said. “You have to create a culture where mistakes are acceptable and make sure everyone has an opportunity to be heard. Culture change happens at all different levels. If a CEO says ‘zero tolerance,’ but no one is held accountable, that does nothing.”

To be effective, sexual harassment training can’t happen in a vacuum. According to the Equal Employment Opportunity Commission, which published an expansive report on sexual harassment in the workplace in 2016, organizations need to cultivate “a holistic culture of non-harassment.” This means that certain values, practices, and expectations around behavior have to start at the top and extend through all levels and departments. Employers have to set an example by modeling respectful behavior, and also hold mid-level managers and front-line supervisors accountable for preventing and/or responding to workplace harassment.

When harassment is identified, it’s important that discipline is consistent and does not give the appearance of undue favor. For example, the EEOC found that companies that successfully created a culture of non-harassment “acknowledged and owned” complaints, instead of attempting to bury them, and were willing to hold high-ranking and highly-valued employees accountable. In addition, studies show that harassment thrives in workplaces where there’s a stark power imbalance between men and women, so hiring and promoting more women, and compensating them equitably, can undermine the root causes.

There may always be people who abuse their power and act badly in opportunistic situations, but that doesn’t mean organizations are powerless to stop them.

“My view is that harassment and bullying are like cockroaches—you can stamp them out, but they are always going to come back,” said Sepler. “I think there’s a huge appetite for accountability and punishment for bad actors right now. Prevention is a lot less interesting, but it’s where we should be putting a lot more energy.”

From Inclusion to Support: How to Build a Better Workplace