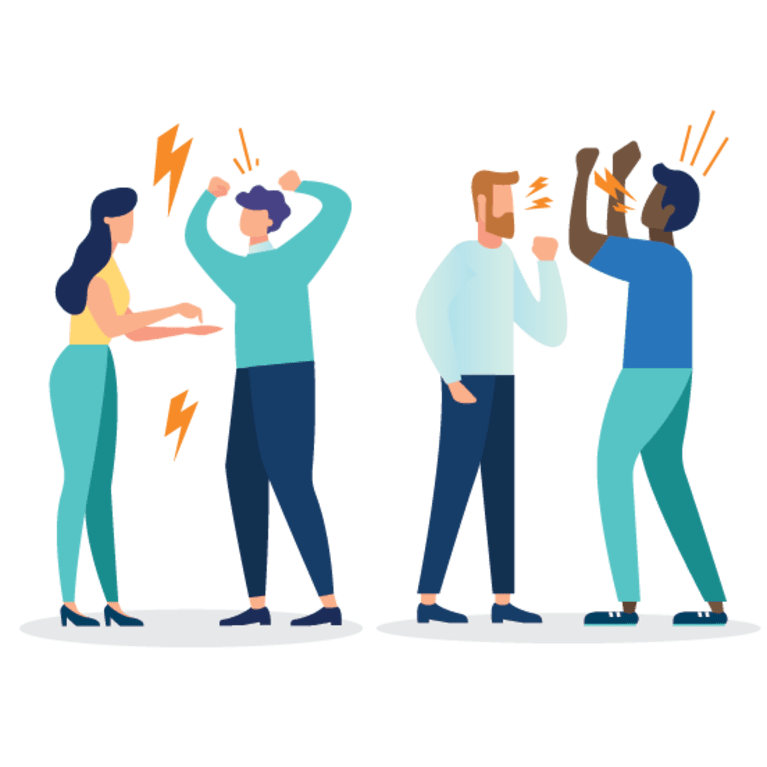 It absolutely should be.

“When something happens at your workplace, it’s devastating,” says Pam Paziotopoulos, an adjunct Professor at Kent Law School in Chicago who is an expert in domestic and workplace violence. “The freeze that it creates is so detrimental. And the after effects: People have nightmares, they are afraid to come to work.”

What is Workplace Violence?

“…any act or threat of physical violence, harassment, intimidation, or other threatening disruptive behavior that occurs at the work site.”

According to Paziotopoulos, workplace violence includes not only physical assaults and homicides but also occurrences such as harassment (physical, verbal and sexual), domestic violence, sabotage, product contamination, arson/bombings, vandalism, stalking and terrorism.

Poor company culture and lack of appropriate policies can also lead to an increased likelihood of violence in the workplace. Examples of this include:

Tragic Examples Playing Out in the Workplace

On February 15, 2019, an employee at a manufacturing warehouse in Aurora, Illinois went on a shooting spree. By the time he was done, five of his coworkers were dead and six police officers were injured. The employee had worked for the company for 15 years and was in a termination meeting with the company’s head of HR and others when he opened fire. He was being terminated for repeatedly failing to wear safety glasses on the job. Before his termination, the perpetrator warned another employee that he would kill everyone at the company if he were fired. The employee knew that the perpetrator carried a gun but did not report the perpetrator’s comments to anyone in authority at the company. Additionally, prior to the termination meeting, the perpetrator was observed: “…retrieving something from his work area, putting on a hoodie and going into the bathroom just before the meeting”.

The perpetrator’s threat and behavior should have been immediately reported. In hindsight, it seems hard to believe that they weren’t. However, the employee to whom the threat was stated, later told police that he didn’t report it because he didn’t think the perpetrator would do anything violent. This is why it is critical to have clear policies and train employees on workplace violence. Such guidance and training can remove any need for the employee to evaluate what should or should not be reported.

Domestic Violence in the Workplace

On November 18, 2018, Dr. Tamara O’Neal was shot and killed by her ex-fiancé in the parking lot of the Chicago Hospital where she worked. After shooting O’Neal, the perpetrator proceeded into the hospital and began a shooting spree, killing a pharmacy resident as she exited an elevator and a Chicago Police officer as he arrived on the scene. The perpetrator had a history of troubling behavior in prior relationships and the victim had indicated that she was in fear of him.

In situations like this, it can be important for victims to know that they can report safety concerns to supervisors, HR or security at their places of work.

“It can happen anywhere,” Paziotopoulos says. “It’s happening at small businesses every day.”

“It’s frustrating,” she continues, “because [business owners] don’t see it as something that they have to comply with yet. But it’s out there. It’s an epidemic. And it’s catastrophic when it happens.”

What Companies Can Do to Protect the Workplace

“The first step is to have a policy,” Paziotopoulos says. “Put pen to paper. Write a policy and distribute that to all employees. Get the message out. Then train on the policy.”

Paziotopoulos recommends that business owners check out a number of best in class resources from organizations that can help them to learn more about this issue and create policies and plans for their companies, including:

Paziotopoulos offers a final thought, “Employers need to take the potential for workplace violence seriously. I’ve seen the aftereffects [of incidents]. I’ve been brought in by businesses after it happens. It really doesn’t cost that much to put plans in place to reduce the risk.”