Sexual Harassment in the Workplace

Workplace sexual harassment and violence is not primarily about sex. It is about power and control. Sex is only the vehicle for an assailant to exert and exercise power and control over a victim in a work setting.

What is sexual harassment?*

Workplace sexual harassment can take many forms, including – but not limited to – a completed or attempted non-consensual sex act (e.g., rape); abusive sexual contact (e.g., unwanted groping); non-contact sexual abuse (e.g., threats of sexual violence); conduct that creates a hostile work environment (e.g., pervasive telling of lewd sexual jokes); and unwelcome, abusive, or harassing misconduct as a condition for employment or advancement (e.g., offering a promotion in exchange for sex), or to prevent an adverse action (e.g., termination).

* Not intended to be a legal definition under federal, state, or local law.

Sexual harassment is not always easy to identify.

It may include sexual comments in the workplace, lewd e-mails, suggestive texts, inappropriate jokes or pictures, or repeated unwanted requests for dates or intimate contact. Sexual harassment also includes gender-based harassment, which is hostile behavior that is devoid of sexual interest but is undertaken because of the gender of the target. Examples of gender-based harassment include:

Why does sexual harassment in the workplace occur?

Workplace sexual harassment and violence is not primarily about sex.

It is about power and control.

Anti-harassment policies and one-off training designed to limit employer liability do not adequately confront power and control and its impact on the workplace, especially when compounded by broader societal inequities. And while high profile cases start much-needed conversations in mainstream media, we can’t forget about the millions of incidents that go unreported because the victims and perpetrators are not famous.

Sexual harassment and violence is undoubtedly a symptom of a greater epidemic of gender disparity, as well as other inequities in our society that impact workplace culture. It limits all workplace stakeholders – employees, coworkers, employers – in realizing their fullest potential.

Who can be impacted?

The victim and the harasser may be a woman, man, or non-binary gender.

The harasser may be the victim’s supervisor; a supervisor in another area of the workplace; a co-worker; or someone who is not an employee of the employer, such as a client or customer. 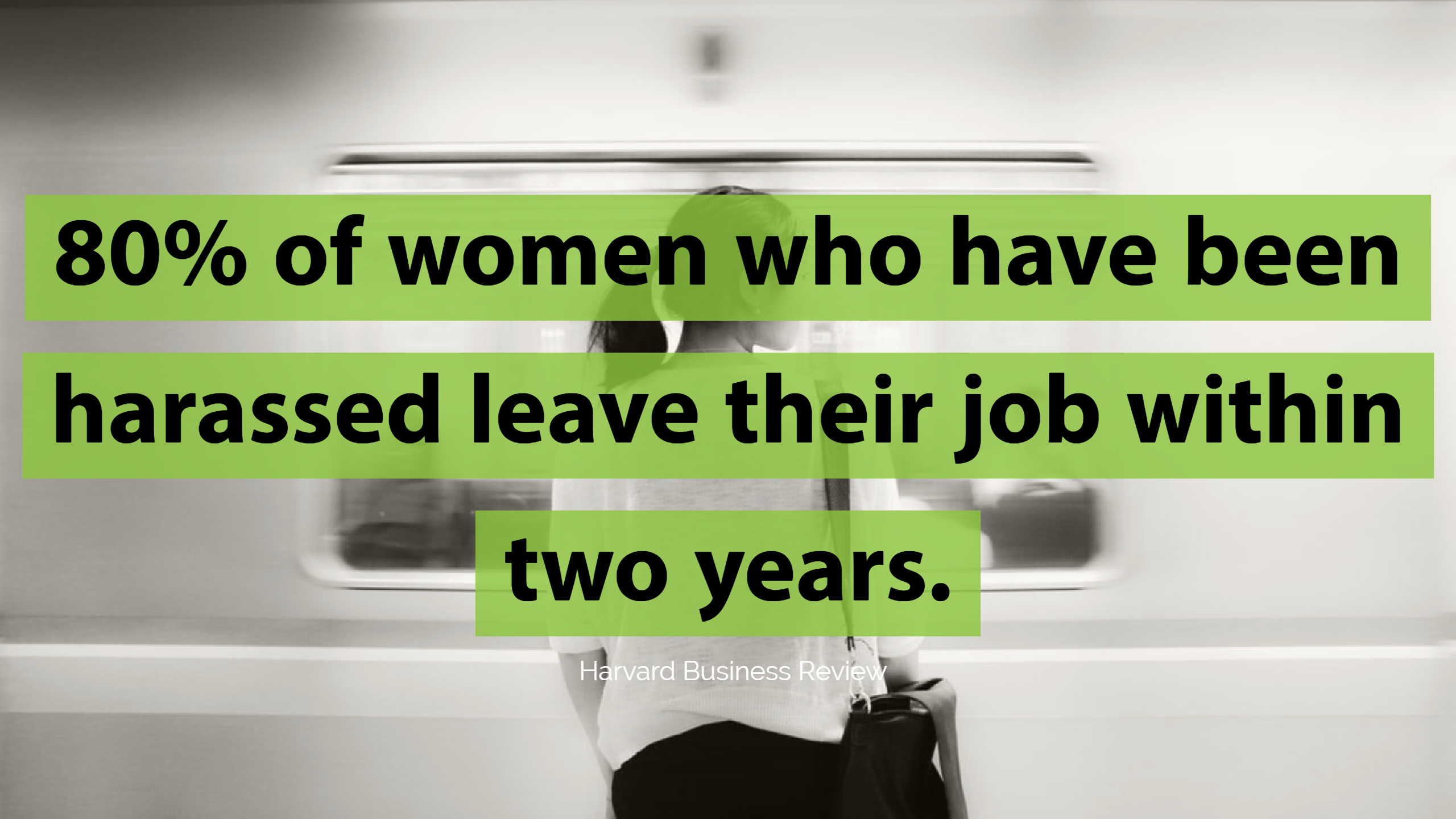 What can be done to prevent and respond to sexual harassment and violence in the workplace?

Employers, coworkers (especially men), unions, and advocates must analyze their workplace culture for gaps in gender equity, consistently train on bystander intervention, and adopt best practices in prevention that assure confidentiality and protections against retaliation. Only then will workplace culture shift away from the silence and alienation that fosters sexual harassment and violence, and move toward accountability, respect, equity, and safer workplaces for all. 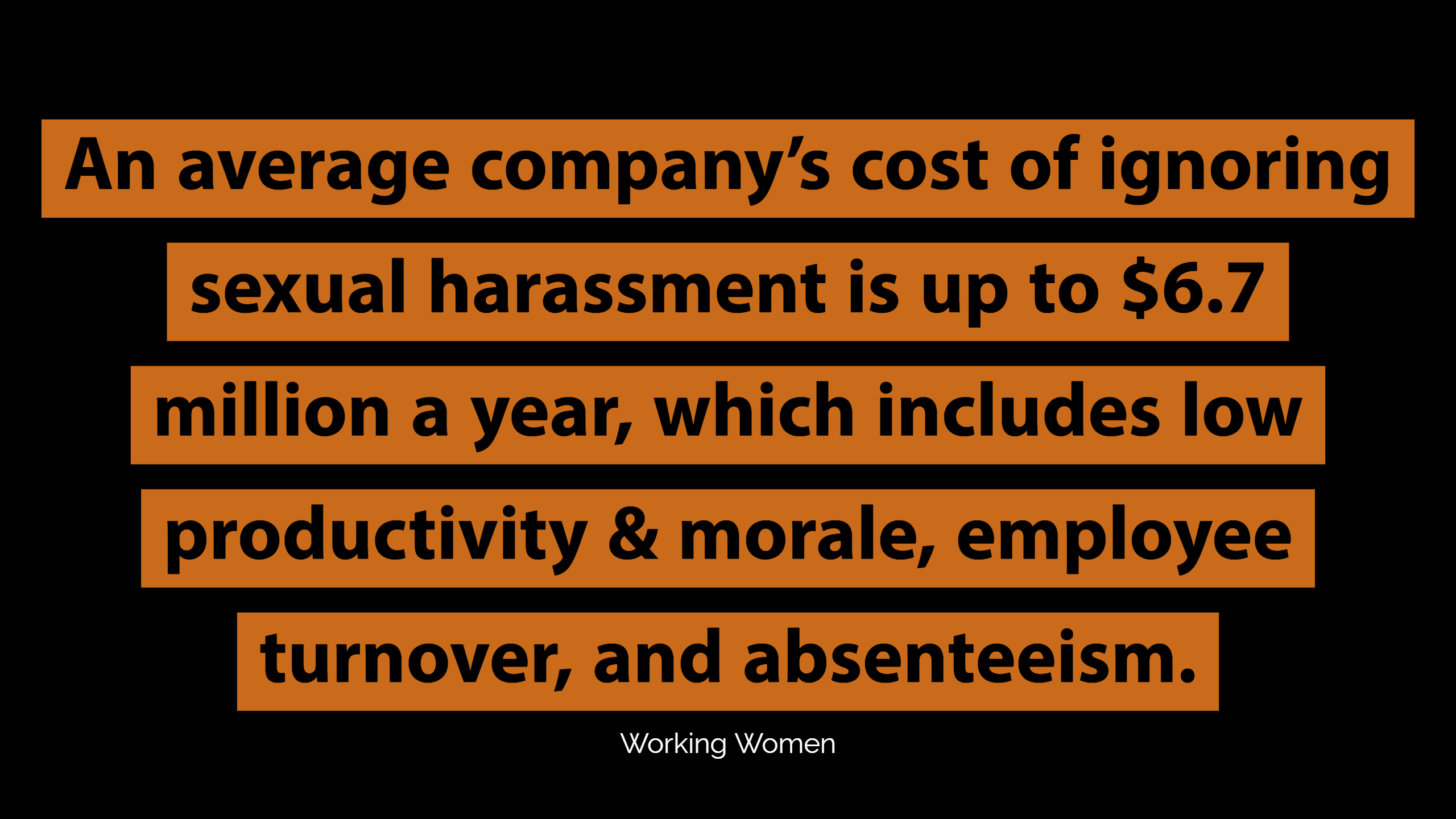 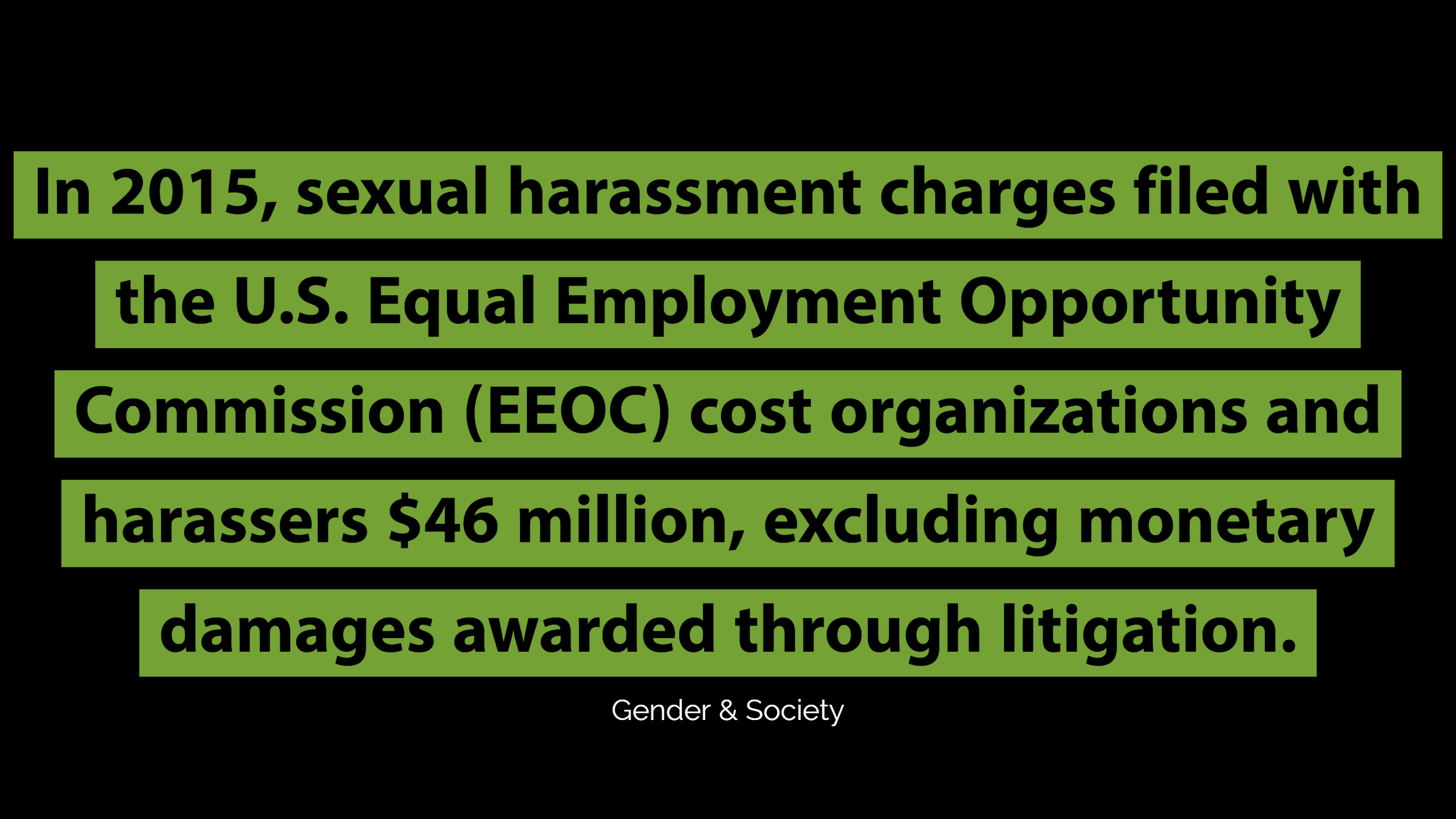 The information provided herein is for general informational purposes only and should not be construed as legal advice from Futures Without Violence, nor is it intended to be a substitute for legal counsel on any subject matter. No one should act or refrain from acting on the basis of any information included in, or accessible through, this site without seeking the appropriate legal or other professional advice on the particular facts and circumstances at issue from a lawyer licensed in the recipient’s state or other appropriate licensing jurisdiction.

This project is supported by Grant No. 2015-SI-AX-K002 awarded by the Office on Violence Against Women, U.S. Department of Justice. The opinions, findings, conclusions, and recommendations expressed on this site or in any materials on this site, are those of the authors and do not necessarily reflect the views of the Department of Justice, Office on Violence Against Women.